Hosted by Merthyr Town Football Club, the White Ribbon Football Tournament was a local event in response to the national campaign that aims to increase public awareness of White Ribbon Day and encourages men to make a stand against violence towards women. 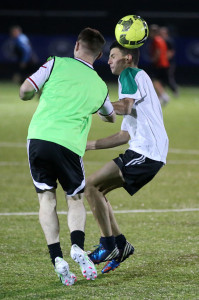 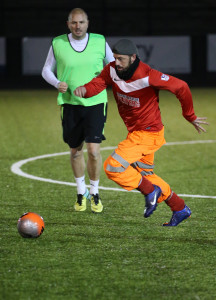 The event was supported by the Merthyr Aloud Choir who provided an array of uplifting songs during the half time interval.

The local campaign was also kindly supported by ‘Ensinger Precision Engineering Ltd, who commissioned and donated the White Ribbon Statue which provided a focal point for the event.

The 5-a-side White Ribbon Championship Cup winners on the night were Mikerry. 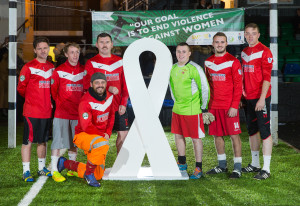 Our sincere thanks to all who supported the event.