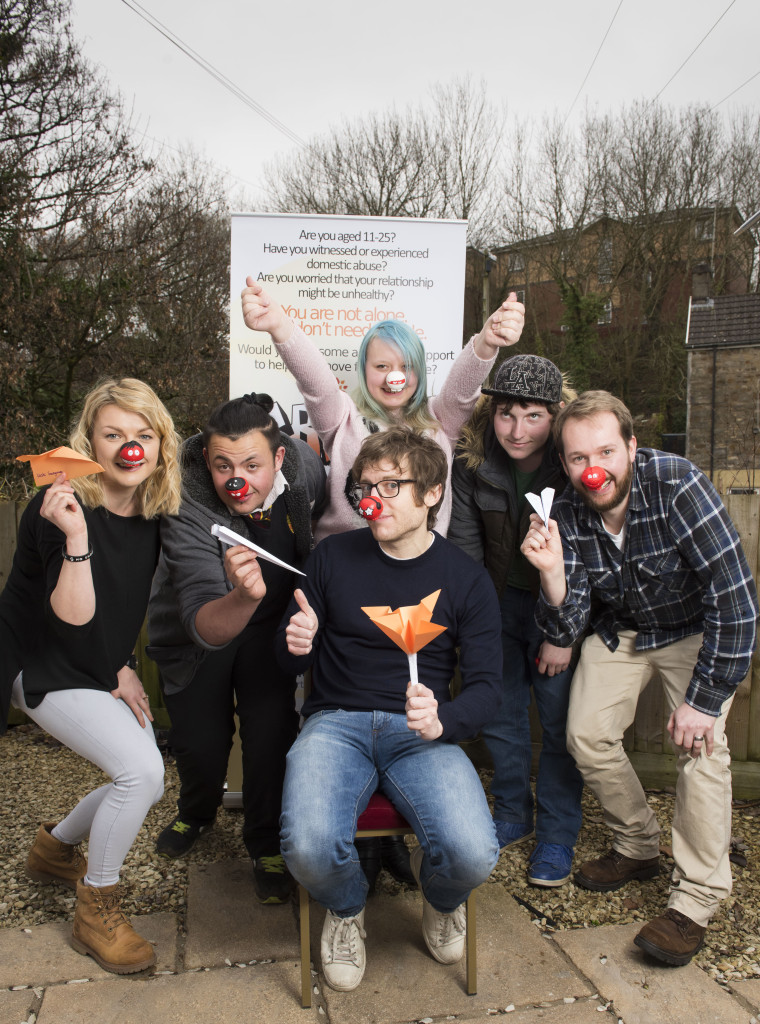 We were recently delighted to play host to Elis James, the Welsh actor and stand-up, who visited SMT’s CREA8 in Merthyr Tydfil and met with the young people involved with the peoject. CREA8 receives funding from Comic Relief and supports young people aged between 11 and 25 who have experienced or witnessed domestic abuse. 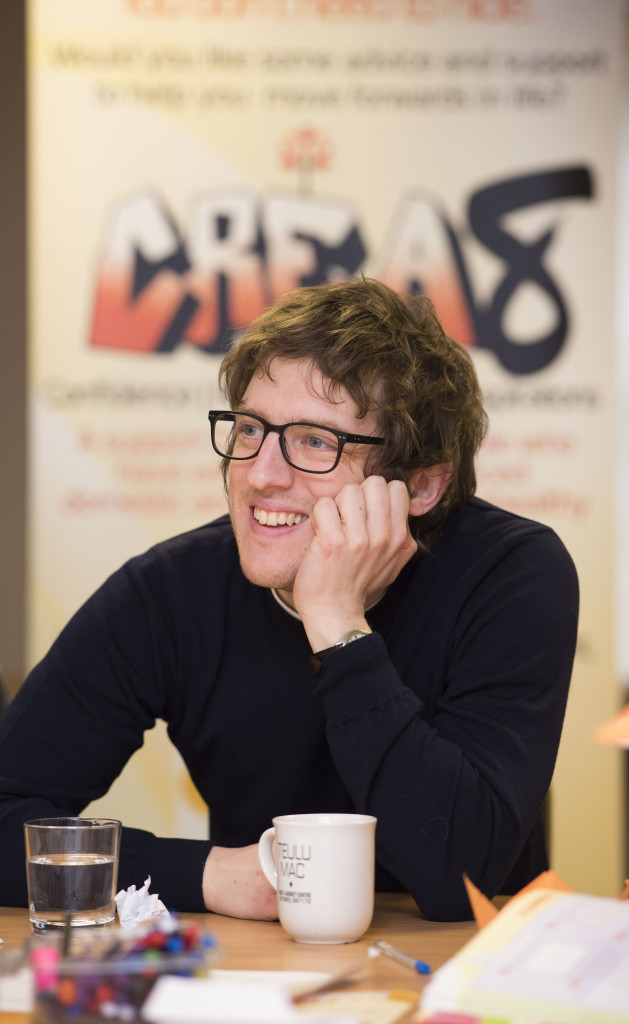 CREA8 supports survivors of abuse to understand and manage their experiences through a range of group and one-to-one sessions and also runs an ongoing survivor group offering young people social and peer support.

The entire CREA8 project is supported by Comic Relief funding and Elis spent time talking to project workers and volunteers as well as three young people who have been supported by the project.

David Medlicott, senior support worker at CREA8, said: “CREA8 was set up in June 2016 and in that short time has already helped more than 70 young people. We wouldn’t be here without the funding from Comic Relief.

“CREA8 turns young people’s lives around. We help them come to terms with the abuse they have witnessed or experienced and move forward with their lives. They learn how to manage their emotions and develop their self-esteem and how to form healthy relationships themselves. It’s about breaking the cycle of domestic abuse and giving this generation a better future.”

Elis said: “Visiting CREA8 and speaking to some of the young people whose lives it has helped to change was a really moving experience. I’ve seen first hand how much of an impact the money is making here in Wales. It’s so important that people make their laugh matter and raise as much as they can this Red Nose Day. It really will make a huge difference to people’s lives right here in Wales, the rest of the UK and Africa.”

Red Nose Day will be broadcast on the BBC on March 24 when a host of comedians and celebrities will bring a night of live comedy, sketches, music and fundraising films.

For more information on how to get involved visit rednoseday.com . 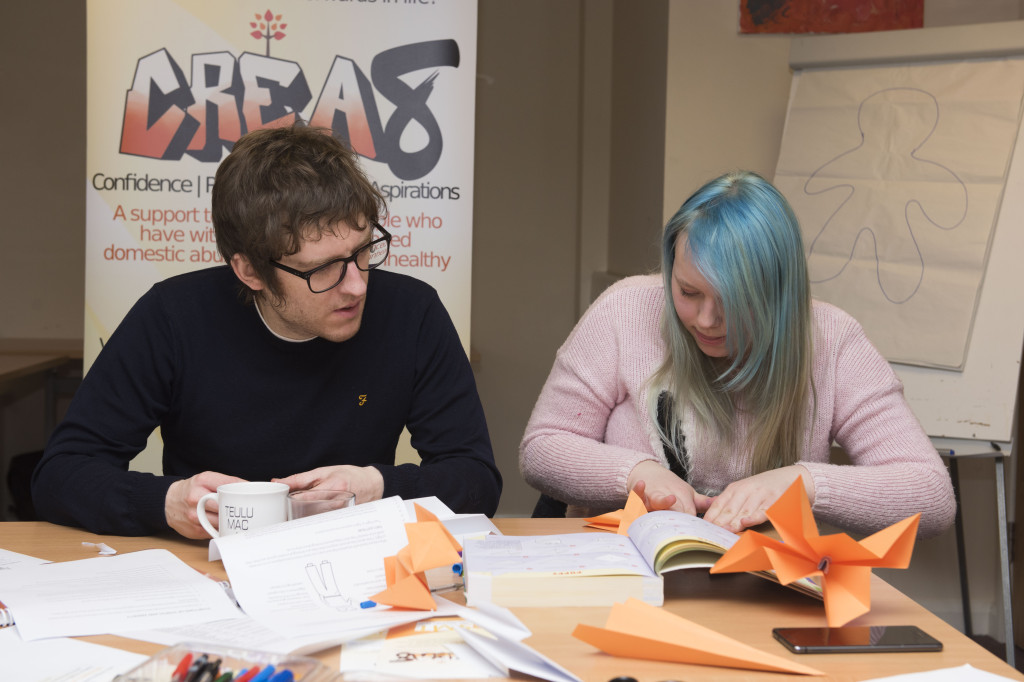